We inform policymakers and influence opinion leaders by producing credible research and deploying our network of worker spokespeople and experts to advance the conversations and perspectives that matter to working people. 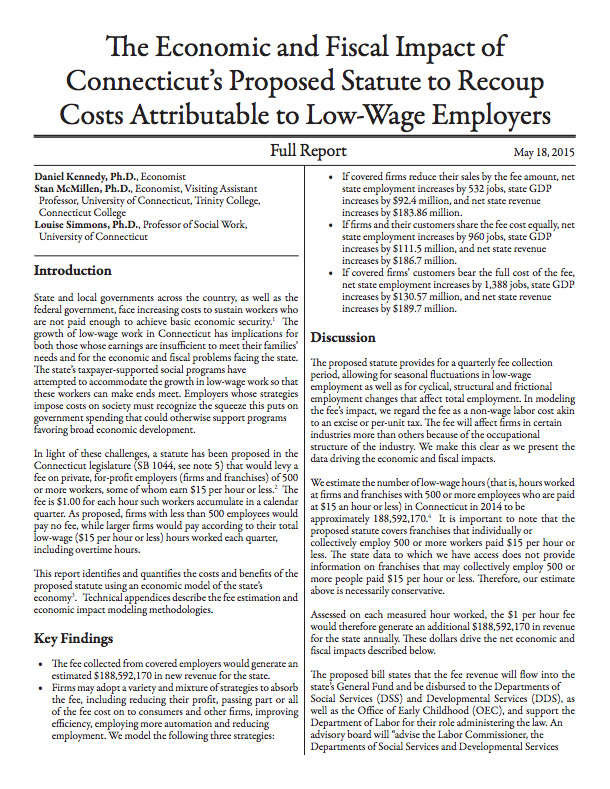 This economic impact analysis report, funded and released by Jobs With Justice Education Fund, finds that the Low Wage Employer Fee would increase jobs, revenue and GDP for the state of Connecticut.

Connecticut families are subsidizing highly profitable corporations to a tune of $486 million a year. 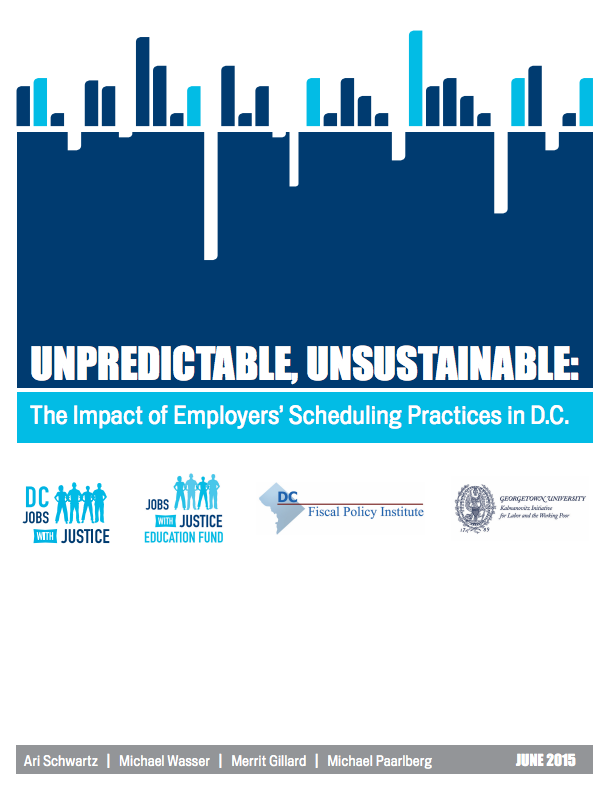 Unpredictable, Unsustainable: The Impact of Employers’ Scheduling Practices in D.C.

One-third of service-sector employees surveyed said they receive their work schedules less than a week in advance.

Workers’ schedules could be the next labor fight in the D.C. Council
Washington Post | Perry Stein | June 12, 2015 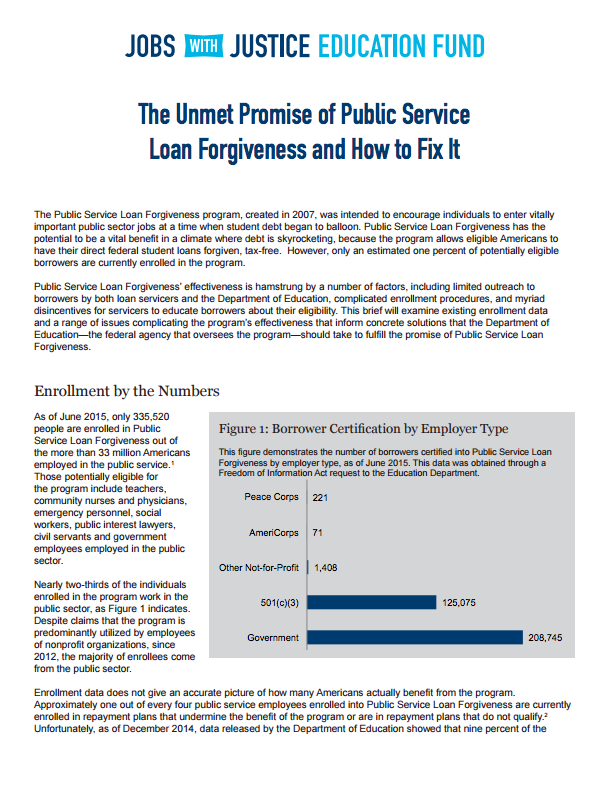 A report by the Jobs With Justice Education Fund found only one percent of potentially eligible borrowers are currently enrolled in the Public Service Loan Forgiveness Program.

Only 335,520 borrowers were enrolled in the program out of the more than 33 million Americans employed in public service.

You Could Get Your Student Debt Wiped Out
Bloomberg Business | Natalie Kitroeff | November 24, 2015 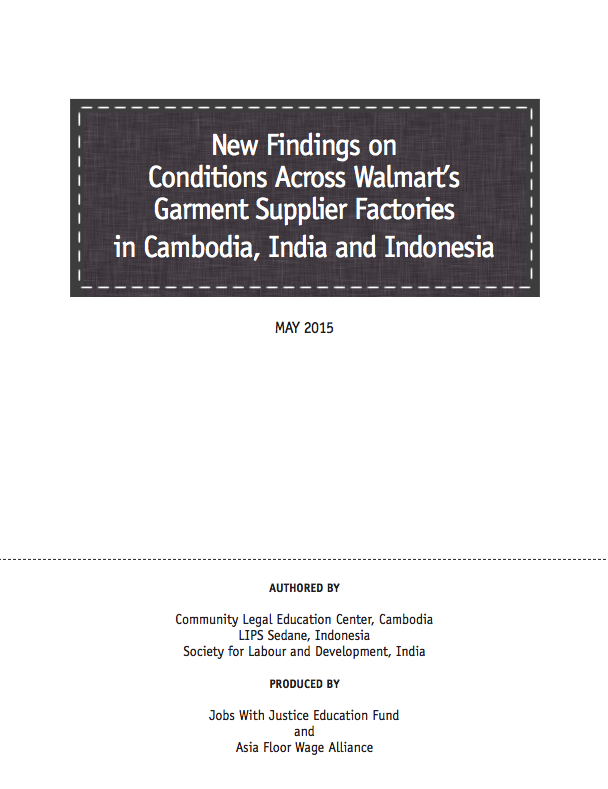 Jobs With Justice Education Fund partnered with the Asia Floor Wage Alliance to issue a report documenting serious labor violations and abuse of workers by Walmart’s garment suppliers in India, Cambodia and Indonesia.

Eighty-six percent of Cambodian workers interviewed reported that their typical workday was 10-14 hours.

Jobs With Justice in the News

Jobs With Justice frequently writes and places op-eds and letters to the editor on the issues that concern working people. Here are some examples.

March 16, 2015 • Ahead of a Senate Judiciary Committee hearing considering expansion of the H-1B high-tech guestworker temporary visa program, Senior Policy Analyst Michael Wasser argues there is a role for employment-based migration in the U.S. economy, but it is not as a tool for upending labor market standards.

September 2, 2015 • This Labor Day column, penned by Executive Director Sarita Gupta, brought attention to the fight for secure schedules and sustainable hours. The piece ran in 33 outlets and was republished on 212 local union websites.

That burger flipper’s job matters as much as yours

September 18, 2015 • After a St. Louis aldermen claimed during the city’s debate on a minimum wage bill that the city didn’t need any more “burger flippers,” Missouri Jobs With Justice Director Lara Granich defended the dignity and value of people who are poorly paid.

November 12, 2015 • This letter to the editor is one of the dozens placed by Jobs With Justice activists in support of the Fight for $15 in publications with a combined circulation of more than one million readers.

February 1, 2016 • Executive Director Sarita Gupta, alongside Nikki Fortunato Bas of the Partnership for Working Families, make the case that the so-called “gig economy” is just the latest iteration of companies shirking their responsibility to the people who create their profits. The pair also lift up local examples of working people coming together to address the challenges and create opportunities in this “same old, new economy.”

Why my business values its employees

March 28, 2016 • D.C. small business owner Gina Schaefer silenced critics of the DC Jobs With Justice led Hours and Scheduling Stability Act by insisting that stores both big and small need to do right by their communities and take care of their employees.

April 11, 2016 • On Equal Pay Day, Executive Director Sarita Gupta recognizes the obstacles standing in the way of true economic freedom for women, and how we can close the gender pay gap if working women can come together to negotiate the terms of their work.

Redefining the Possible for Labor

April 27, 2016 • In advance of May Day Organizing Director Erica Smiley offers her take on why organizing and the labor movement have a future in our country.

Spreading Our Messages to Millions Online

Jobs With Justice regularly creates memes to re-frame the news and reach audiences on the issues that matter to them. Here are just a few examples from the last 18 months. 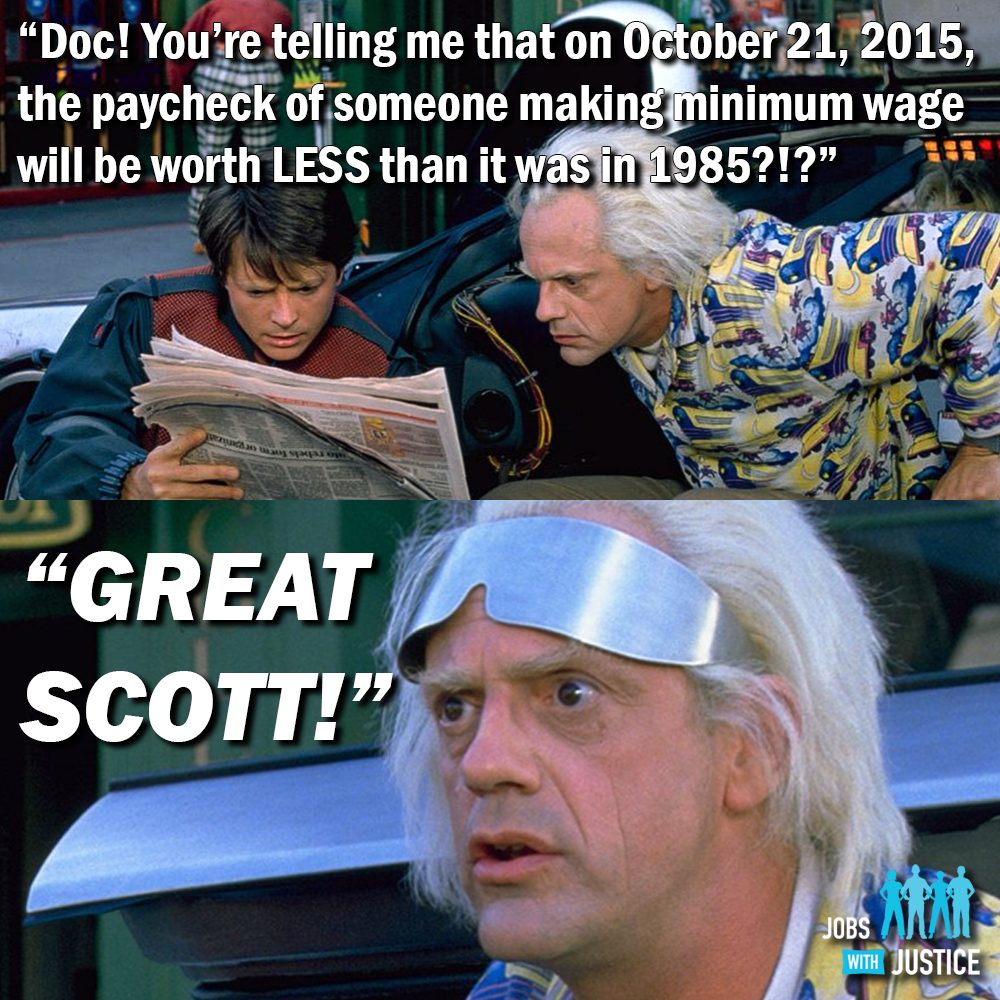 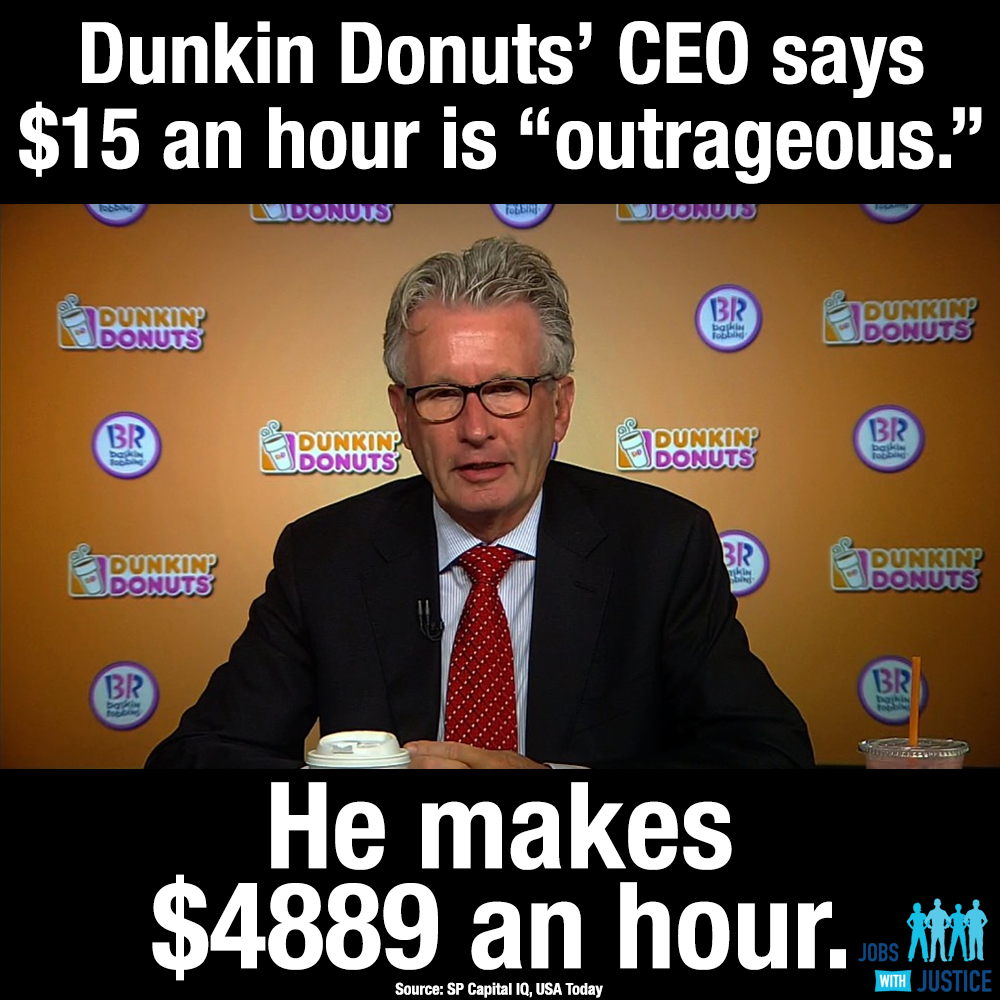 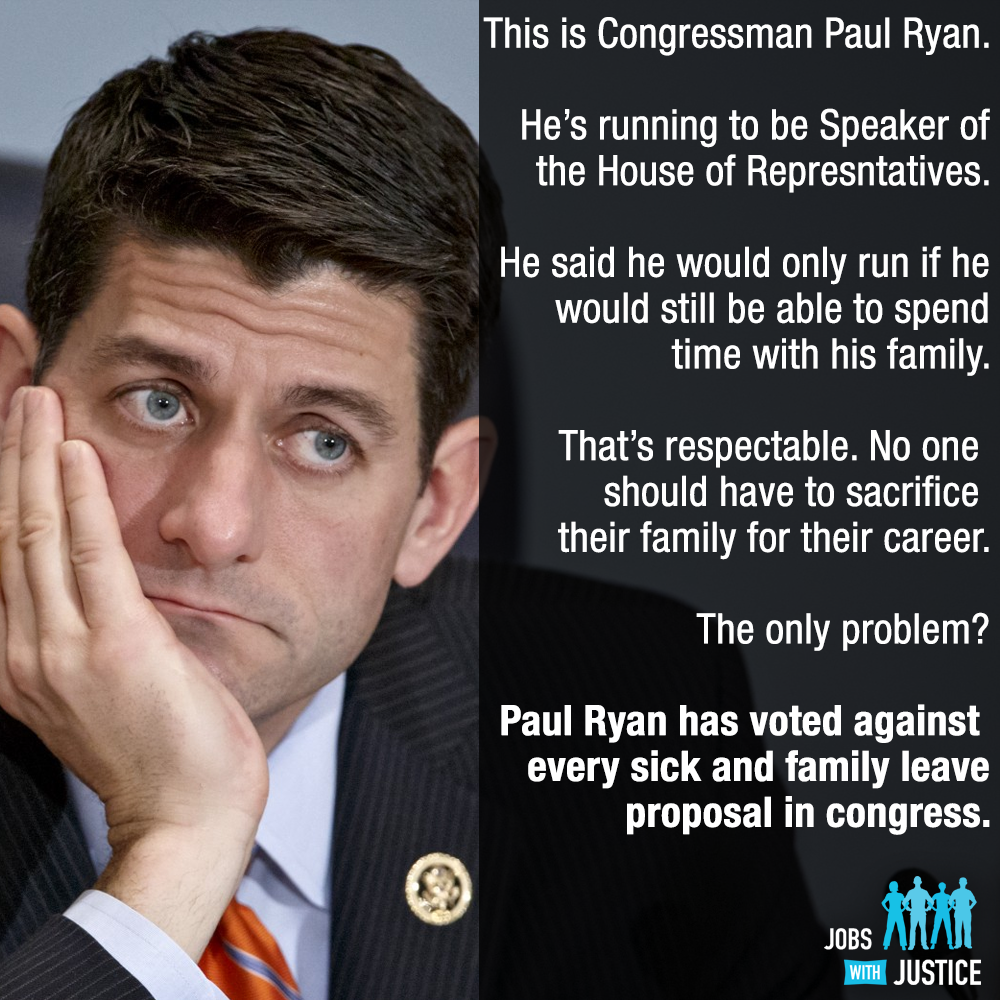 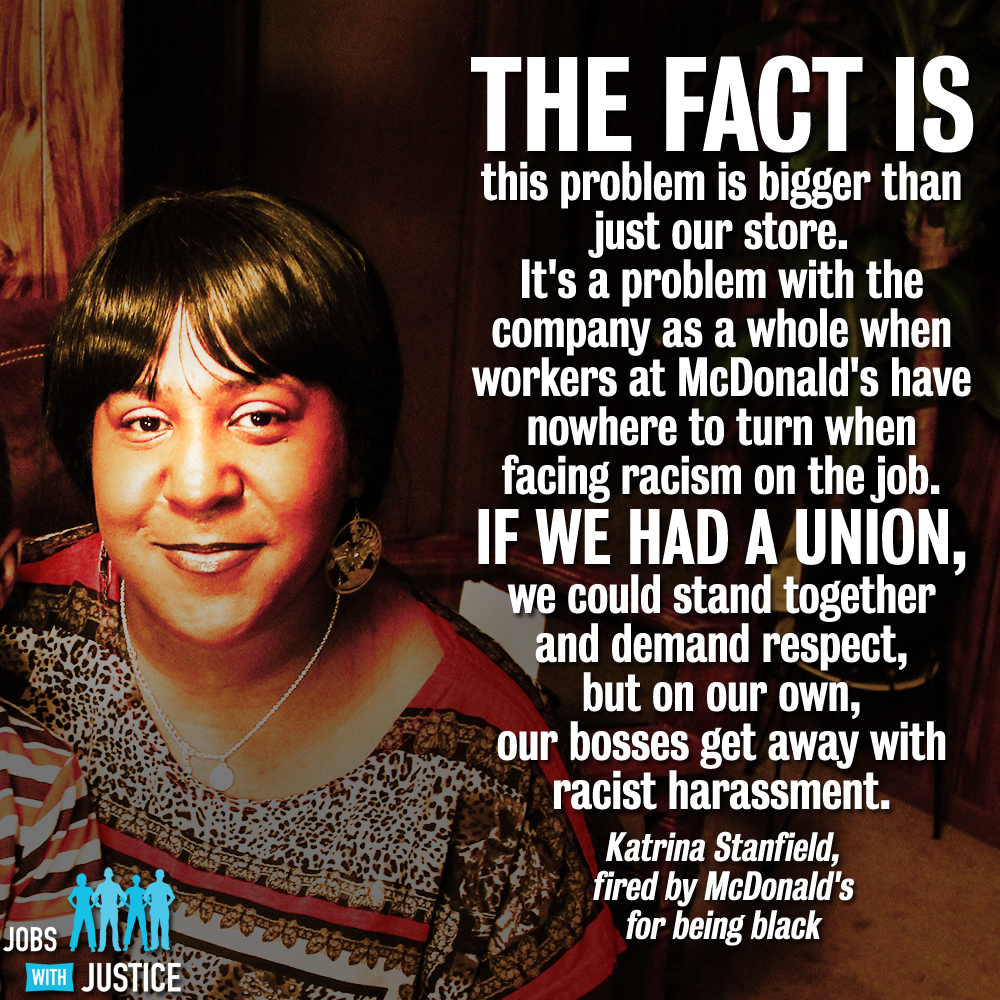 continue to the next section: